Ollie Moore’s latest creation is bubbling away on the stove. 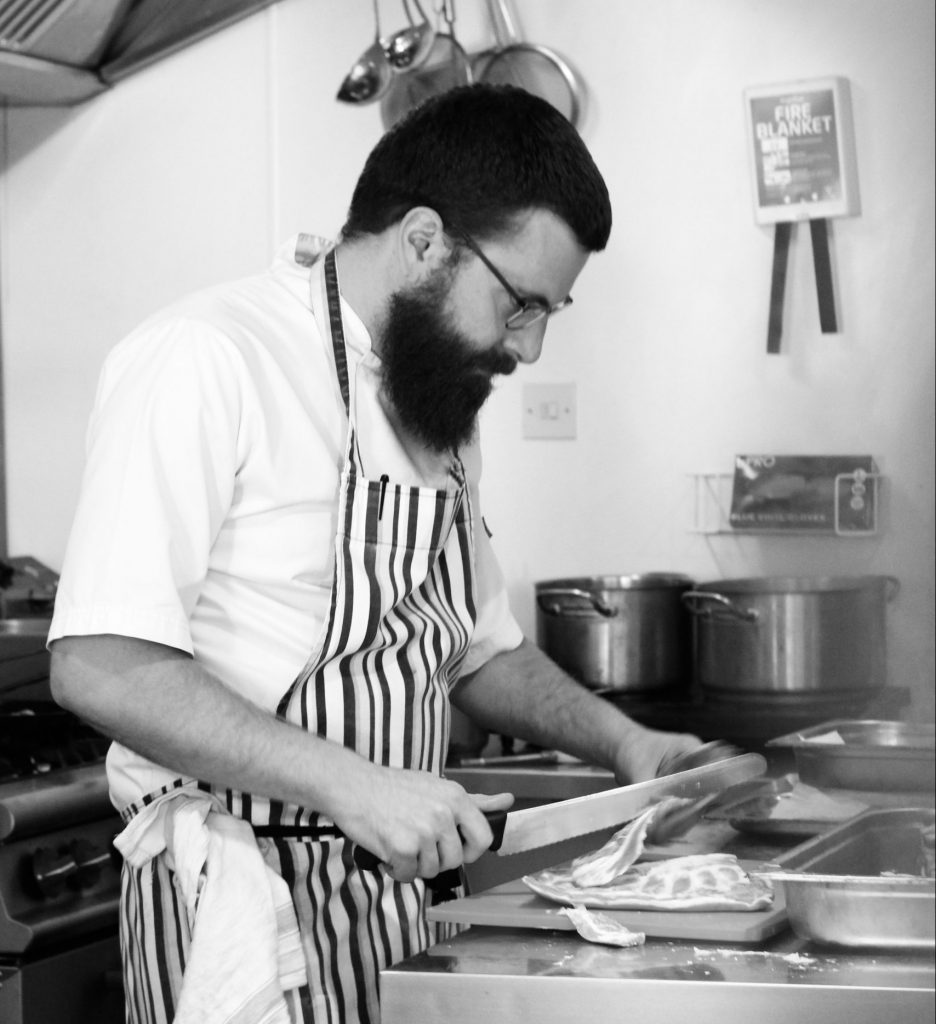 The Michelin-starred chef has added cucumber, grapefruit, and cardamom to a base of grapeseed and jojoba oils, camellia tea, rosehip, and castor oil, and created the perfect balm – to rub into a luxuriant beard. After lockdown brought with it an enforced period away from the kitchen, Fareham-based Ollie decided to turn his hobby of reviewing male grooming products into a business of his own, and Wild Hare UK was born.

He used his talents in the kitchen to create a new range of nourishing balms, oils and pastes to help men keep their beards – and the skin underneath – healthy and soft.

Each of the seven fragrances is its own Wild Hare, with a quirky portrait and name to accompany it; perfect for collectors who want to have the whole husk of hares sitting on their shelves.

Wild Hares include Anthony, who smells of tobacco, honey, and blueberry, and Joanna, who brings scents of amber, leather, orange, and raspberry. 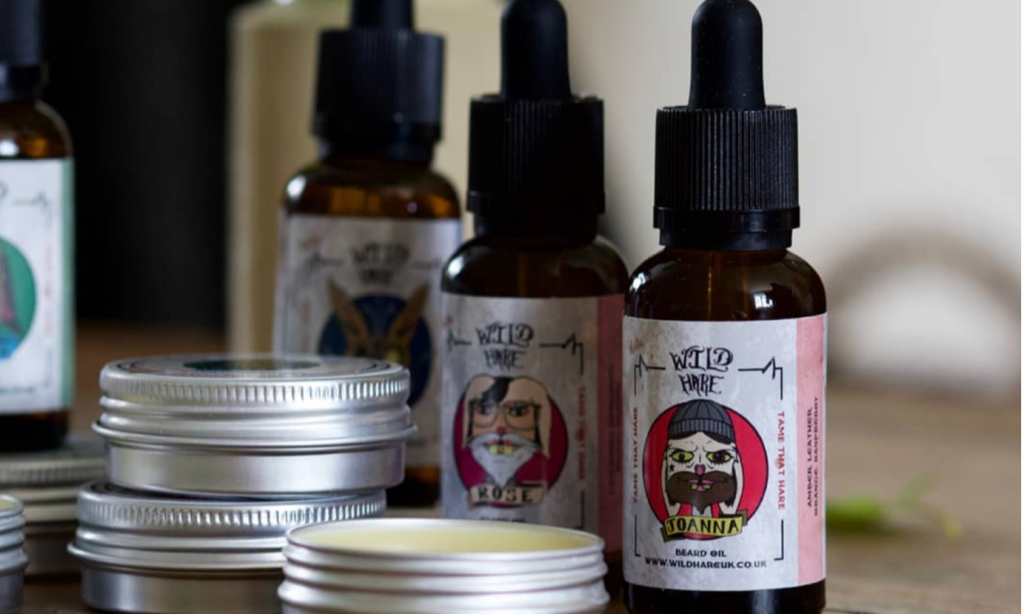 A chef for 18 years – including four at The Black Rat in Winchester where he won his Michelin star – Ollie is now in the kitchen at West End Flower Farm in Alton.

The bearded chef has always focused on wild and natural ingredients and cooking methods, and this has carried over to his male grooming products.

“I have created seven fragrances, and they all seem to have some sort of food related item in there,” says Ollie.

“Foraged food is something I focused on a lot at the Black Rat, and I use a rosehip oil in my carrier blend for Wild Hare, which brings a foraged twist. Harold has fragrances of aftershave and apple, but it was missing something so I added lime, which comes through like a bit of seasoning – just as it would in a sauce.

“You don’t want to eat a sauce and taste all the individual elements; you just want it all to come together in something delicious and that is the same with my blends – they are a scent profile in themselves. It’s not aftershave, apple and lime; it’s Harold.

“Creating each scent profile is a lengthy task and the more I looked into it, the more interesting it got – you have to go through all the Cosmetic Safety Reports to find out exactly how much clove or vanilla you can add before they burn the skin, for example. It is quite complex.

“Each hare has a scent profile in oil and a nourishing balm that softens and hydrates; hopefully at some point I will do a beard butter that you put in your beard at night to soften it even more.

“I wanted the brand to stand out, and it has built up quite a following. It is striking, it’s not gentle and it doesn’t look like it comes from a spa. I hope it attracts men who might not normally go near men’s grooming products, but they feel like this is allowed.

“Guys who wouldn’t spend too long looking in the mirror are finding it softens the beards, it smells nice, and it’s conditioning the skin underneath.”

Ollie creates a new Wild Hare for each scent profile and works with a graphic designer to find the right look for each one.

Ollie makes all his products at home in his kitchen, where he lives with his wife Sheri, two-year-old daughter Thomasina, and two rescue dogs.

“I love working at the flower farm,” says Ollie. “I have lots of exciting plans in the pipeline, and the hours are particularly good, so I can spend time with my family, which you can’t normally do as a chef. 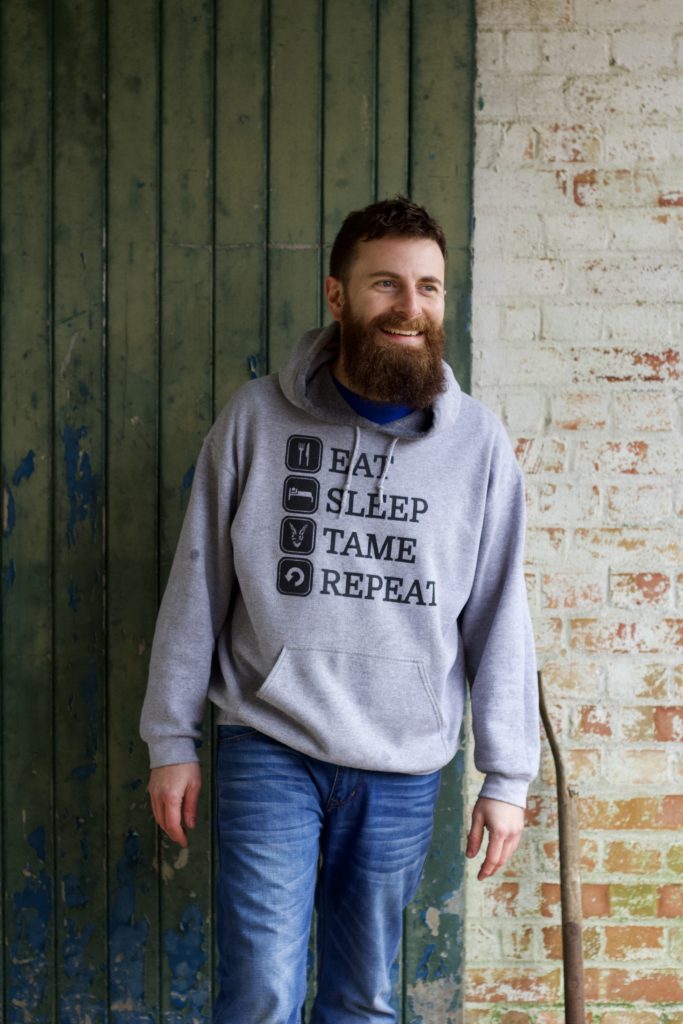